Sam and Max are back! The Freelance police drive onto the Xbox One and Xbox Series X with a remaster of the Telltale Games classic. Originally released as an episodic series the Remaster includes all six episodes. The game was one of the many announcements made during Xbox’s ID@Xbox showcase.

The game features updated lighting, new cell shaded character models, re-recorded voice lines, improved lip sync and remastered music and sound effects. Steve Purcell, the creator of Sam & Max, consulted on the updated character designs. The return of Sam & Max culminates with the return of other Lucasarts properties like Grim Fandango and Day of the Tentacle. Both of which saw remasters released in 2015 and 2016 respectively.

Solve the case, save the world today. Sam & Max: Save the World is also available on Nintendo Switch and PC by way of Steam and GOG. Check out the full trailer:

For news and updates be sure to follow us on Twitter. And while you’re here be sure to check-out Hok’s review of Mass Effect Legendary Edition. 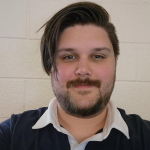 James Meetze is a twitch streamer and journalist from Columbia, SC in the United States. As journalist he’s made stops at G4, Twinfinite, Attack of the Fanboy and Team Dignitas. He’s a huge fan of Japanese games and animation.