Once a niche hobby for the dedicated nostalgia addict, retro collecting has recently seen exponential growth in the U.S. But has the retro fever begun to break?

It should come as no surprise that with a name like ‘Retro Resurrection’ I am an avid collector of all things retro gaming: games, consoles, merchandise, literature, memorabilia, etc. I got into the hobby much later than most starting early 2016 while attending the second annual PAX South convention in San Antonio, TX. Lured in by a blossoming nostalgia for the games of my youth as well as a relatively cheap and abundant supply of resale goods I took the plunge and purchased a Sega Dreamcast along with a copy of Grandia II. And thus, my love affair with retro gaming began. Sure, I was already sitting on a tidy collection of vintage games and systems that I had amassed over my extended career as a gamer, but this was my virgin encounter as a retro collector.

From there my focus sprang to the other ‘lost’ games and consoles that I missed out on which then spiraled into a full blown passion for ALL things retro. Pretty soon I was diving into forums for collecting tips, fandom wikis for historical insights, and online marketplaces to track down copies of rare and obscure gems that any self-styled retro connoisseur would consider their collection incomplete without. The sky was the limit and it didn’t look like the recipient of my newfound passion would wane anytime soon. Finally, in late 2018 I launched a social media presence to share my collecting adventures and meet fellow retro collectors. It was then that I began to see the cracks forming.

I know what you’re going to say. Social media is full of trolls, posers, and gate keepers that suck the fun out of everything! And that remains true to this day. However, ignoring those groups entirely the retro gaming presence online can be divided into three distinct groups. You have your vetted content creators such as the Angry Video Game Nerd, Metal Jesus Rocks, G To The Next Level, and The Gaming Historian who have harnessed their passions to become ambassadors, artists, educators, and historians. Then you have the bevy of private sellers using their accounts as outlets for e-commerce. And lastly, you have the throngs of retro fans, many of whom are collectors, whose feeds are an endless stream of baited nostalgia to generate ‘likes’ and ‘follows’. Armed with stock imagery, Wikipedia articles, and an army of hashtags they prop up retro collecting as THE trend to be in on. It could be argued that I sit squarely within this last group, and you wouldn’t be far off base to do so. I often lament the lack of time and resources to be able to turn my passion into something more, but I also don’t see retro gaming as the next fad to bandwagon on. It is a part of me, from now until my dying breath.

That’s not to say no good has come of their efforts. It has increased awareness and respect for many game series that for too long have languished in obscurity. Even game developers are taking note of the retro craze with the last few years seeing a sharp uptick in the number of ‘remastered’ or ‘remade’ classics being released on modern platforms to a whole new class of gamers.

However, along with the increased attention and appeal several detrimental changes have developed in the resale market and to collecting habits in general. First and foremost is a steady year on year increase in “fair market” prices across the board. Retro collecting saw its biggest influx of new collectors with the months long lockdown during the COVID-19 pandemic. Almost overnight a host of Americans discovered retro gaming as an outlet for the boredom of being stuck in their homes. In response, average market prices have risen to record levels for the last 14 months. As more and more people enter the collector arena demand for supply increases. That’s Economics 101. The rub is that the supply in this case is finite and rapidly shrinking as a result of collector’s hoarding their inventory, the gradual deterioration of the physical media, and a lack of replacement parts along with the skilled experts to repair it all. Authentic retro will not be around forever, and it’s a sore point that many are only just now realizing as prices continue to skyrocket.

It was then that I began to see the cracks forming.

The resale market is also being influenced by misinformation campaigns and shameless price gouging from private sellers, boutique stores, and corporations to capitalize on the hype. While not universal to all vendors, it is becoming a common trend to justify inflated asking prices by exaggerating an item’s collectibility. Tales of short manufacturing runs and limited availability are everywhere. When combined with a lack of general knowledge and the tunnel vision some collector’s exhibit it quickly leads to knee jerk sales for exorbitant sums. This in turn leads to price hikes on aggregate sites like PriceCharting.com which in turn fuels even more gouging. And thus the cycle continues. Add to the mix good faith reporting on private sales as well as the groups of self-appointed “expert” appraisers such as the Video Game Authority and WATA Games, whose gradings of retro collectibles can result in individual games selling for millions of dollars, and you get a bubble fit to burst from staggering growth rates similar to those seen in the current U.S. housing market.

The last trend, and by far the most sinister, is the increased presence of fake/reproduction retro items being sold as legitimate collectibles. Modern technology has made the replication of old game cartridges and discs incredibly simple, and naive collectors are easy marks for these scammers. Many times in recent months I have warned friends and fellow retro enthusiasts to look for the telltale signs of fakes and repros such as misprinted or misplaced labels, and incorrect fonts. But as more people have become aware of the issue I’ve watched the scammer’s methods become more sophisticated. eBay, Price Charting, and many other online marketplaces have stepped up their buyer protections to combat the issue, but it won’t stop the growing level of bad blood that private collectors are showing for the flood of bogus listings and unscrupulous sellers in the resale market.

What does all of this mean for retro collecting? Nothing good if you’re just now looking to enter the fold. The bubble we’re in is unsustainable to be sure, but likely has the momentum to ride well into next year on the wave of patrons eager to get back into brick and mortar stores and gaming conventions. However, as budgets continue to be stretched and inventory continues to shrivel up there will come a point when the fair weather enthusiasts and influencers will find a new trend to latch on to, allowing for the tried and tested fans to more fully express their love and devotion to all things retro. 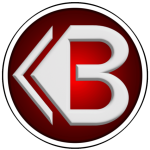